It’s all Greek to us!

All this term we have been doing Ancient Greece as our History topic, which Mrs B has linked to our Art, English and lots of other things too. She even has got us doing a dance in PE based on the myth of Theseus and the Minotaur. It’s taken lots of weeks to prepare, and we have created all our own choreography for the different sections of the music, sometimes alone, with several different partners and in larger groups for the journey to Crete bit. Most people liked the battle with the Minotaur part best – we had to do slow-motion, stylised fighting movements without ever touching each other - one of us was Theseus and the other was the Minotaur. The hardest bit was falling down still in slow motion! We also had a Greek theme day which everyone said they really enjoyed. We could choose from lots of different activities (lots of English and Art), and we had to try different Greek food. Not everybody liked it all! Everyone came in costume (it had been homework to make one from a set of instructions, and then personalise it after some research) and we had to do an Ancient Greek Top Model catwalk show which was very embarrassing! Even Mrs B and Mrs Bridge-Wilkinson dressed up and joined in. 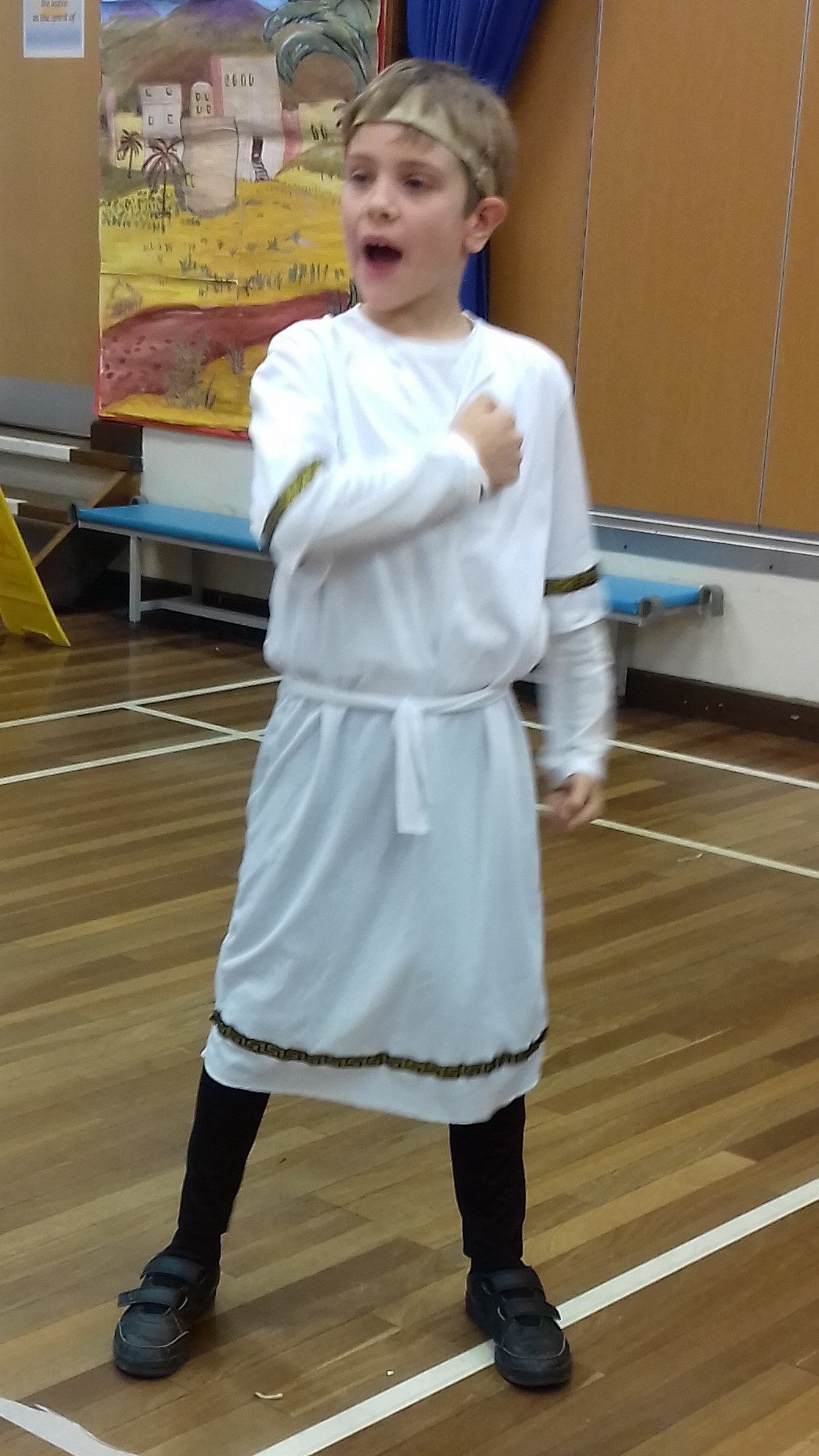 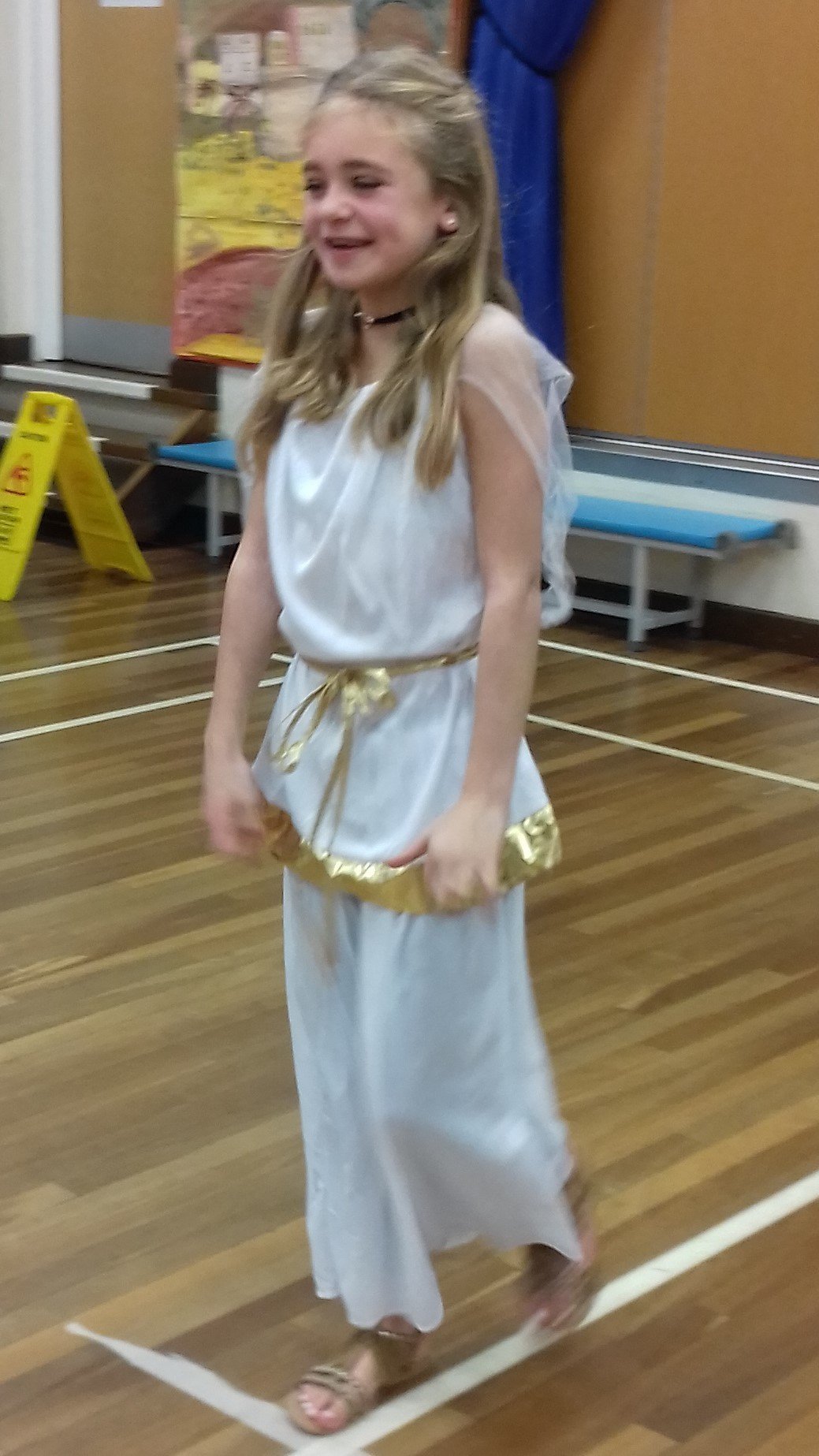 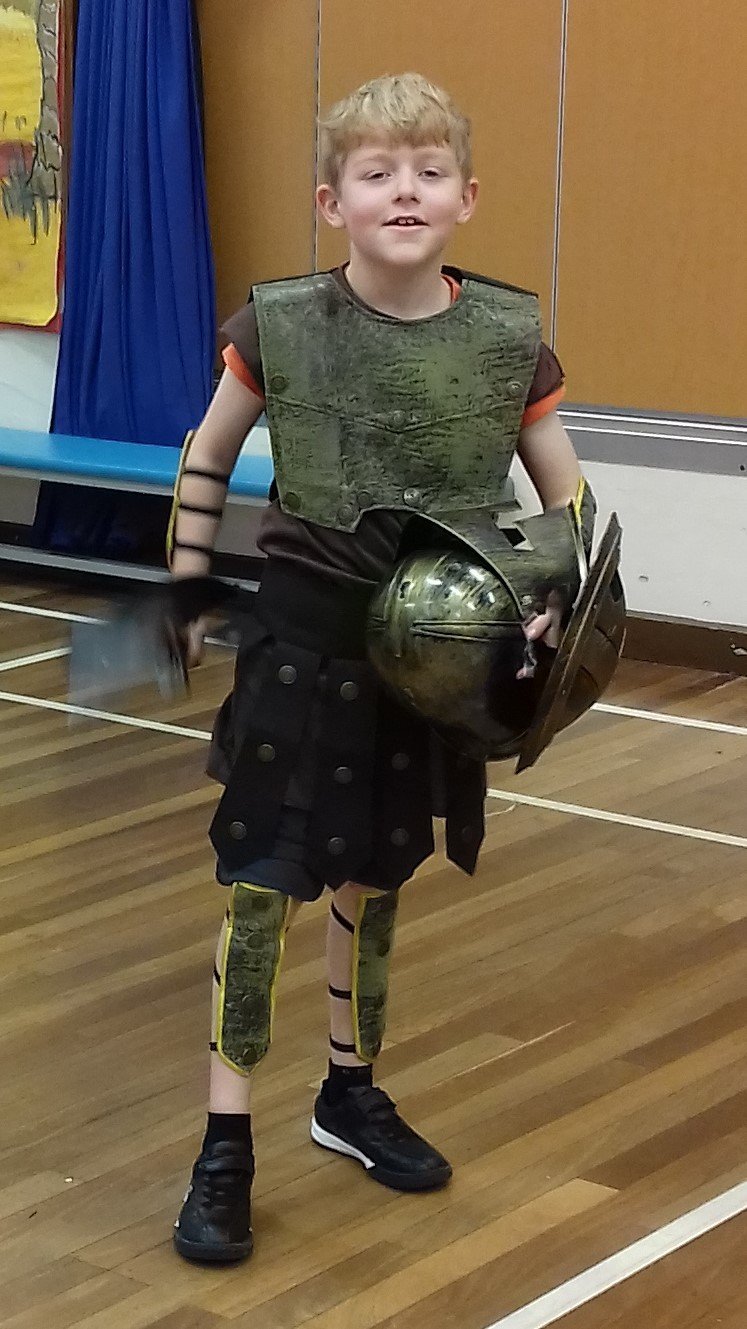 A lot of people’s favourite activity was making Greek masks. Mrs B thinks that the photos where we are (nearly) all wearing them is a bit creepy! Can you spot which kind person said they didn't mind not making a mask as there were not enough for the whole class to do? We will miss doing the Greek topic, but at least we’ve still got some more to read of our class novel, Percy Jackson and the Lightning Thief, which is an awesome adventure story.